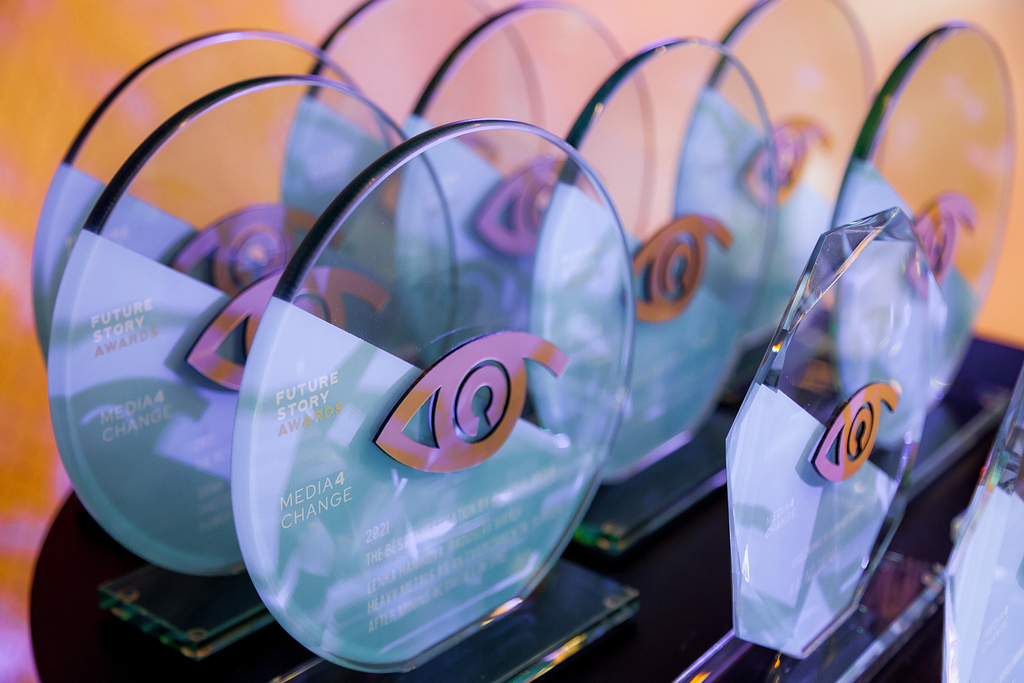 Future Story Awards 2021 have their winners

32 journalists from Lithuania and Slovakia participated in the Future Stories Award 2021, competition that appreciates excellence in  investigative journalism. They submitted 20 works, which were evaluated by an international jury consisting of journalists and media experts from the United Kingdom, Denmark, Slovakia, and Lithuania. In the public voting on Media4Change platform, the people had decided, who received the „Audience’s Choice Award“.

Check the gallery of photos from the event here.

The Media4Change and European Dialogue are happy to announce, that the winners of the Future Story Awards 2021 are:

Team of Dovydas Pancerovas and Birutė Davidonytė, who represent Laisvės TV, won the most categories – three. „Receiving even three awards was very unexpected, especially knowing that the competitors were serious and the jury was strict. This is an important evaluation for us. I am also glad that during the award ceremony attention was again drawn to the stories of exploited drivers, which we told „Lorry Slaves“ report“, said D. Pancerovas.

„Investigative journalism is a vital safeguard for society – it is a tool that can hold power to account when official channels fail. Awards help recognise the best of this work, bring it to a wider audience, and encourage reporters to do more such reporting in the future,” said James Ball, global editor at the Bureau Local and one of the 11 members of the Futury Story Awards 2021 jury.

European Dialogue is happy to announce that Lenka Haniková and Radoslav Marek also won the prestigious Slovak Journalism Award 2021, – with the same investigation that was successfull in the Future Story Award 2021. We congratulate them from the bottom of our hearts!

They are also a proof of the potential of Slovak journalists. We are glad that we were able to follow their winning report from the very beginning: during the consultations on their proposal, through funding within the Local Investigative Journalism Competition 2021, to the recent success. The award to Lenka and Radoslav is proof that the support of regional journalism makes sense. The European Dialogue will continue to work in this area and prepare new activities and opportunities.

Background: The Future Story Awards (originally the Future Stories Award) was one of the activities of the Media4Change – Future Investigative Story Lab project, which aims to support cooperation, innovation, and professional standards in the field of investigative journalism in Lithuania and Slovakia. It’s run by the National Institute for Social Integration (Media4Change programme) from Lithuania and European Dialogue from Slovakia.

Disclaimer: The European Commission’s support for the production of this Call for entries does not constitute an endorsement of the contents, which reflect the views of the authors only and are their sole responsibility. The Commission cannot be held responsible for any use which may be made of the information contained therein.