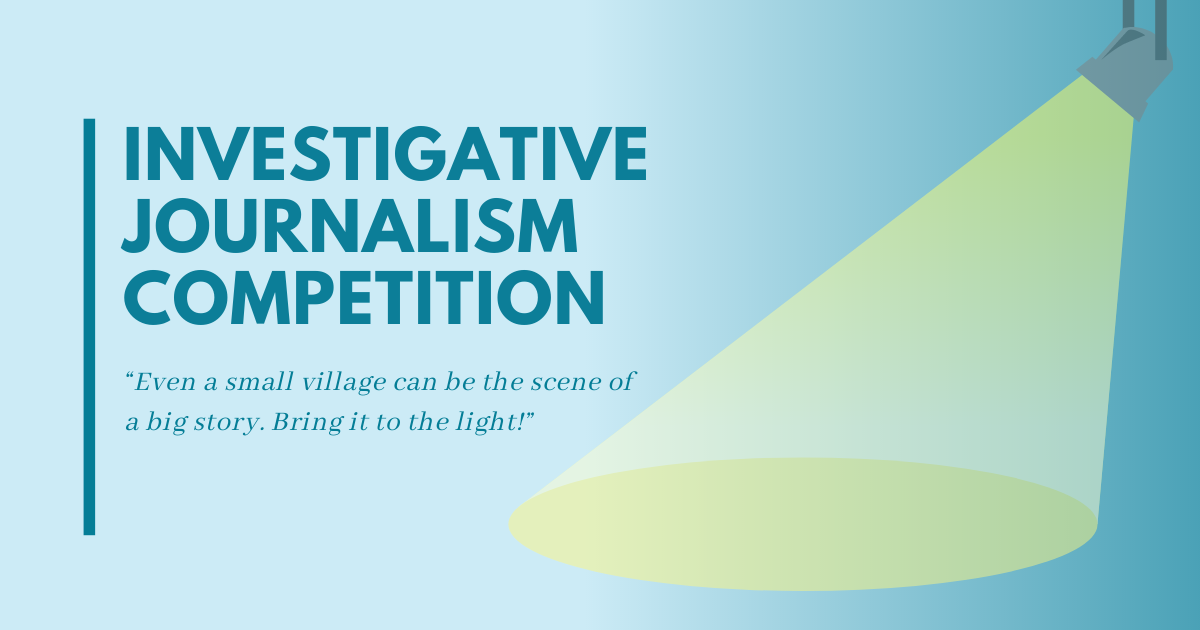 Results of the second round of the Local Investigative Journalism Competition 2021 have been already announced. Each of the three successful teams of journalists will receive a grant of 4.000 EUR for realisation of their investigative projects.

Ten teams composed of at least two journalists – freelancers or representing various media – submitted their proposals to the second round of the Competition. Members of the expert Jury evaluated all entries and gave main points on a scale of one to ten for each of ten criteria. Teams could get extra points as well, for example for planning use of innovative tools or interactions with an audience. The final score consisted of main and extra points and was used to create the ranking.

On the basis of this calculation model, the following teams took the three highest places and will each receive a grant of 4.000 EUR:

European Dialogue warmly congratulates all three teams and looks forward to their, presumably quality, results of their investigations. According to their submitted plans, they will work on several types of media formats – article, TV report, or podcast.

It is a positive fact that the number of applications, which were submitted to the second round of the Competition, had significantly improved quality compared to the first round. The organisers attribute this also to the fact that several teams actively participated in the  workshop week and took the opportunity to consult their methodology and preparation of the investigative plan with the organisational team or external experts.

Several other investigative plans were evaluated by the Jury as very good and therefore it would be a pity if they were not realised. Their authors were invited to work on their investigations despite not being successful in the Competition, if they have needed resources. The motivation to do so may be a prize of 4.000 EUR which will be awarded to the best final investigation. Submissions will be also evaluated by the expert jury and only teams that did not receive the grant will be eligible.

European Dialogue will be available to provide consultancy during the next two months to all teams that participated in the Competition (the investigations need to be published by 30 June 2021). Already now, its team is working on preparations of new workshops and other opportunities for professional development of journalists and other media professionals from Slovakia and abroad.

The Media4Change – Future Investigative Story Lab has been established and run by the National Institute for Social Integration (Media4Change programme) from Lithuania and European Dialogue from Slovakia to support cooperation, innovations, professional standards, and ultimately increase quality of content in the field of investigative journalism in Lithuania and Slovakia.