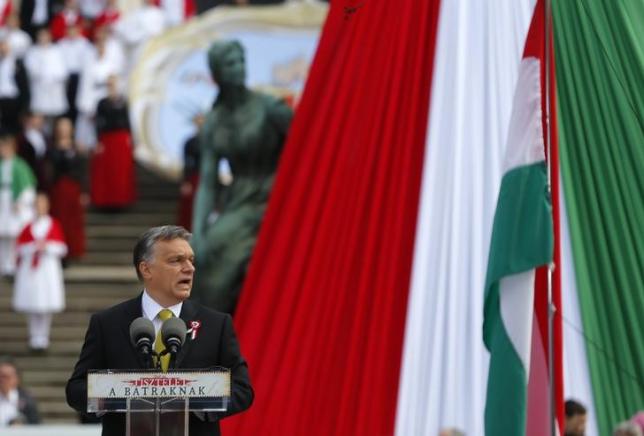 What is the death penalty? What is the state of “capital punishment” according to EU law? Why is there a proposal to reopen the debate about Capital Punishment in Hungary? These are the questions that I’ve decided to answer after writing the title of this article.

What is the state of Capital punishment according to EU law? The European Union holds a strong and principled position against the death penalty; its abolition is a key objective for the Union’s human rights policy. Abolition is, of course, also a pre-condition for entry into the Union.

Why is there a proposal to reopen the debate about Capital Punishment in Hungary? Capital punishment was abolished in Hungary after the collapse of Communism in 1990.  But the recent murder of a young female tobacco shop attendant in the southern western Hungarian town of Kaposvar sparked public anger. Prime Minister Orbán was quick to raise the issue of the death penalty.  He told reporters that Hungary already has „three-strike legislation that allows for lifelong imprisonment“. Orbán added: „The death penalty question should be put on the agenda in Hungary…to make clear to criminals that Hungary will stop at nothing when it comes to protecting its citizens.“

The European Union’s chief executive has warned Hungary’s Prime Minister Viktor Orbán that he is in for „a fight“ if he considers restoring the death penalty, which is now banned throughout the 28-nation bloc. The president of the European Commission, the EU’s executive, Jean-Claude Juncker made clear he was concerned about government suggestions to launch a debate on capital punishment within the EU.

European Parliament President Martin Schulz has reportedly cancelled a formal debate scheduled for  earlier this April about what would happen to a Member State were it to reintroduce the death penalty, after receiving assurances from Hungarian Prime Minister Viktor Orbán that his government has no intention of doing so. It’s too soon to decide whether to reintroduce the death penalty in Hungary but it’s definitely an important issue, Orbán said during an interview on Hungary’s pro-government television broadcaster Echo TV.

So what does the future look like for Hungary not just as a country but as an EU member? Will they change their legal framework in contradiction of EU Law, if they believe it is in order? Or will they respect the fundamentals of their own constitution which states that:” the right to life is an inalienable right for everyone” and also continue working within the legal framework of the EU and The European Convention on Human Rights?