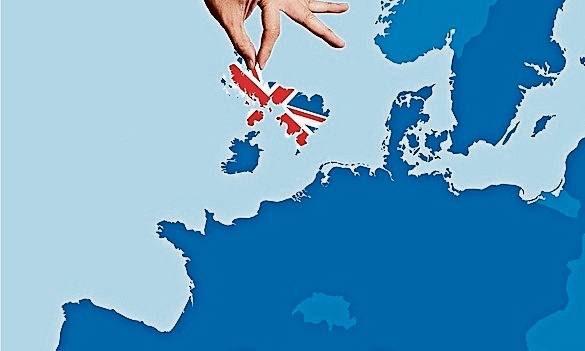 UK General elections and the EU; in or out?

The United Kingdom general election of 2015 was held on 7 May 2015 to elect the 56th Parliament of the United Kingdom. Local elections took place in most of England on the same day, excluding Greater London. It was the first general election to be held at the end of a fixed term parliament following the enactment of the Fixed-term Parliaments Act 2011. With a turn-out of the Conservative party led by David Cameron as the first party (331 seats), The Labor party led by Ed Miliband as the second party (232), The Scottish National Party as the third party (56 seats) and finally the Liberal Democrats party as the fourth party led by Nick Clegg (8 seats).

After witnessing this rather surprising turnout party leader Ed Miliband announced he was stepping down, effective later on Friday. Harriet Harman will take over as Labor’s interim leader, Miliband said. Liberal Democrat leader Nick Clegg, who joined a coalition government led by the Tories in 2010, also announced his resignation Friday after the party lost 49 of its seats compared to the last election, the BBC reported. Nigel Farage also stepped down as head of the U.K. Independence Party (UKIP) after losing his seat to the Conservatives.

So what does this mean for UK’s EU membership? What does the future of Great Britain look like? The Euro-skepticism expressed by the Conservative party in the English parliament has led to an upcoming referendum that will take place in 2017. UK’s EU membership might be coming to an end, or it may be changed yet again preferably creating a desirable framework for the UK.  Politically speaking the UK may not have been in complete agreement with its fellow member states of the European Union, and even though the EU is already a project of differentiated integration, with its withdrawal and refusal to participate in the Eurozone, The Schengen free travel area and the charter of fundamental rights, the UK has proven to have high standard preferences when it comes to their membership.

Both Labor and the Liberal Democrats oppose the policy of guaranteeing a referendum in 2017, holding instead that a referendum should only be held if there is a further transfer of sovereignty to the European Union. Not all four parts of the UK will be fully participating in the referendum; this would be possibly leading to the break-up of the kingdom and completely diverting the conservative party from its original goal to raise its levels of sovereignty.

The negative response and feedback received should be proof as to why the referendum will not resolve the issue of emphasizing the importance of UK’s sovereignty and how it could not be shared and or handed to the EU, in fact it should also prove that the UK should reconsider and reexamine their position in the EU as a member-state.

In regards to the rocky relationship that the EU and the UK have had from the beginning, there is still hope and space for improvement and leaving the EU will make UK rather isolated and not sovereign. We can conclude with the fact that renegotiation isn’t the best possible choice for UK, seeing that their position is already quite specific, and withdrawal would lead to a dismantled and disunited kingdom, therefore we can see why the public, the opposing British parties and important EU leaders reacted rather negatively to the idea of a possible referendum and the Conservative party winning the 2015 General Elections.